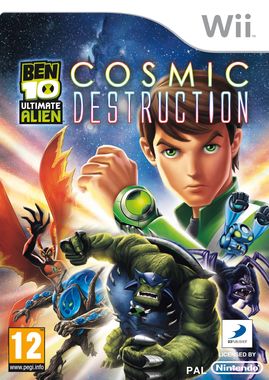 A year after Vilgax Attacked; a new menace, a mysterious cosmic storm, threatens to destroy the Earth. Ben Tennyson is back, armed with his new Ultimatrix and 10 all new alien forms. He is on a race against time to scour the Earth to uncover pieces of an ancient alien artifact, which when reassembled will be the only thing powerful enough to stop the impending doom. His search will take him to many famous locations around the world and pit him against some of the galaxy's worst villains including a larger than life battle against the coming destroyer of worlds, an evil Way Big!